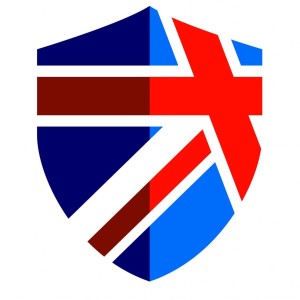 HOW TO GET WORK IN CLOSE PROTECTION

It is a fact that, for many Close Protection Officers (CPOs), finding work is harder than it has ever been. Not because there is less work out there, in fact the opposite is probably true; with global threat levels at an all-time high, there is more work in the security industry now than there ever has been. But because there are now thousands more so-called ‘qualified’ CPOs chasing after each and every position. At the time of writing, in the UK alone there are almost 15,000 valid Security Industry Authority (SIA) CP licences. That means that thousands of people in the UK have taken and passed a close protection course and have a license to operate. As a point of reference, there are over 400,000 front line SIA licences, which also includes door supervisors and general security guards.

CAN I WORK IN CLOSE PROTECTION WITHOUT MILITARY EXPERIENCE?

Because a background in security planning or decision making is preferential, close protection is usually a second career for entrants. People under the age of 21 have little chance of finding employment and successful completion of a course does not guarantee work.

Young people can gain some background experience by joining the Territorial Army or volunteering as a police special. Uniformed services also offer tuition in close protection after basic service has been completed. Police officers can apply to join one of the close protection courses run by National Police Training. This experience will help, but all entrants still need to do SIA-approved training.

Apprenticeships are open to people of any age and involve blending practical experience gained from working and learning alongside experienced colleagues in the workplace.

Skills for Security is the sector skills body and standards setting organisation for the private security industry. It works with employers and other industry stakeholders to raise standards and meet the demand for a more professional, highly trained and qualified workforce in all four countries of the UK. To contact Skills for Security for information on training for security roles visit www.skillsforsecurity.org.uk

It is a fact that most people who are currently working in protection still originate from the Military or emergency services. Probably as high as 75% of all working CPOs have a services background. However, despite this fact, and contrary to popular belief, you don’t have to have a military career to enter and achieve success within the world of close protection (there are some brilliant CPOs that do not come from a military background). But, because you are mostly competing with former Military and Services personnel, you must be driven and goal-oriented, and be willing to overcome the many obstacles that fall in front of you. But it is possible!

If you don’t come from a military or police background, and in order to be successful, you’re probably going to need to specialise in a skilled area. Be prepared to invest heavily and commit to a lot of professional development.

We’ll send the latest news from the world of protection to your inbox, every week.

Can I Get a License With a Criminal Record?

How do I Apply for a Front Line Licence?

What Type of Licence do I Need?

What is BBA Membership?

Membership to the BBA is for anyone in the Protection Industry who is serious about starting a career, progressing their career, or building their business. When it comes to assessing your level of fitness, what benchmarks are you using? As protectors, where the expectations upon us can vary to such Can you coast along when travelling to some destinations but not others? Are there any non-challenging environments today? Fundamental travel risk questions with Mac Segal,